Video conversations are absolutely crucial for Ronny Løkås (50) to live in his own home and live a good life.

As a general rule, Ronny communicates with mom and dad on video twice daily.

- Video makes all the difference for us. An ordinary telephone is simply not good enough as a communication tool. Ronny speaks softly. He sometimes has trouble finding the right words, and he struggles with short-term memory. Then we need video to communicate effectively, explains mother Aud (68).

With video as a tool, it is far easier for Aud and dad Eirik (73) to understand what Ronny means. It is possible to interpret body language, and see if he is well. It is possible to check that he has dressed properly and whether he is ready for a new day. In short, video is a key tool for dignity and activity for Ronny, who today lives close to the city center in Narvik - and just as important as security for mum and dad, who still live in Ronny's childhood home at Fagernes.

Ronny before the accident; active in scouting and with football - and with an interest in nature and music.

February 23, 1982 was the date that changed the whole life of the Løkås family. 12-year-old Ronny was hit and seriously injured.

- We simply did not expect him to survive, because the injuries were serious. We did not have access to a CT scan at the time, so it was not discovered that he had suffered bleeding on the brain stem. The hospital stays were both many and long, and we were moved between Narvik, Tromsø, Trondheim and Ullevaal in Oslo. After three months in a coma, he woke up, and then he could start training at Sunnaa's hospital, says mum.

"We did not have access to a CT scan at the time, so it was not discovered that he had suffered bleeding on the brain stem."

Ronny had been an active young boy. He played football, was eager to be a scout and loved the trips to the family cabin in Efjord south of Ballangen. He enjoyed both film and music; enjoyed going to concerts and had just had a crush on Kiss' music when the accident occurred. How much of this could continue after the fateful February day? What life would he wake up to, when he finally woke up from a coma?

- We had different expectations, and the expectations varied along the way, about what should be possible for him to train, and what would be permanent injuries. He was in a wheelchair for a few years, but today he is able to walk - even if he walks unsteadily. He is characterized by hemiplegic paralysis, and swallowing problems, she explains.

After three months in a coma, Ronny woke up and was able to begin extensive training.

Initially, the offer was to place Ronny in a nursing home. - It was completely out of the question! Until he could move for himself, he lived at home, and we made adjustments in our house to make this happen, says Aud Løkås.

It was discussed to move him to a nursing home, but the parents gave a clear message that this was out of the question. Instead, they made adjustments in their own house, so that Ronny could live at home - something he did until 2007. Then he could move into his own apartment in an institutional home in Villaveien.

- He could move away from home, precisely because we could communicate with him using video - and in that way keep close and close contact, Aud Løkås explains.

Serious accidents that lead to disability and the need for help and supervision are something that can actually affect everyone. The offer that is given often varies very much from municipality to municipality - whether the offers are about care, housing, day care or leisure activities.

"He could move away from home, precisely because we could communicate with him using video"

In addition to the challenges that vary between municipalities, there are two challenges in particular that are common and typical of all municipalities. Here, the relatives often become ombudsmen for their loved ones, and here video often becomes both an important tool and in itself also a source of conflict.

■ All are cut over the same comb.

- I really do not mind mentally handicapped, and we have worked well with the Norwegian Association for the Mentally Handicapped. But at the same time, it is not reasonable to compare Ronny with the mentally handicapped; he has completely different needs and other challenges, she points out.

People with reduced mobility, the disabled, the mentally handicapped and the demented are four very different target groups, each of which places itself across a wide range of functional abilities. Video is an important tool for being able to observe - and help the helpers to provide properly adapted help to each individual.

- In the beginning, our use of video was met with an outcry from the employees, who felt that their work and their workplace were being monitored. This conflict has calmed down now, as we have found good routines, but the challenge is still the same: An adapted home with assistants is a home where the user has the right to live their life - also private life - while it is a workplace for the nurses who will be able to perform their work in a good way, she illustrates.

- Ronny is still happy to participate in cultural activities, but it is we in the family who must contribute to him getting the opportunity to participate, says Aud Løkås.

Trying to solve what is coming

So to the most important questions: What life did Ronny wake up to when he woke up from a coma - and how many of his old interests has he managed to resume in his new life?

- He is still happy to participate in cultural activities, and we try to go to concerts together as often as we have the opportunity to do so. We experience that the employees at the home do not have the capacity to contribute so much; not so much as a visit to the cinema, so we in the family try to contribute - and take it as it comes, she says.

Three times a week, Ronny has day care over a few morning hours, which consists of needlework and cooking, and they usually talk together on video twice a day.

- What are you talking about?

- The content of everyday life. What we have done and what we are going to do. He is very fond of watching TV sports, and likes to watch "Farmen". In addition, he has retained his enthusiasm for nature. For part of the compensation he was paid after the accident, he bought his own cabin in Efjord. He thrives there, and it's nice to talk about how much we look forward to going there, she says. 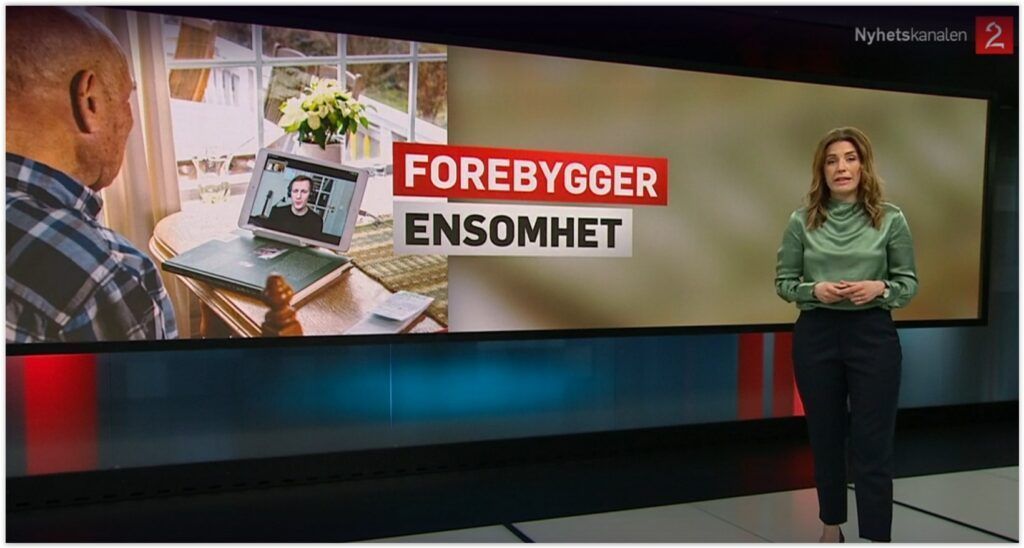 A while ago we were on Tv2Nyhetene and got to tell about Arne Ulvolden, the 85-year-old who is employed as a technology consultant with us at Easymeeting. Did you get… 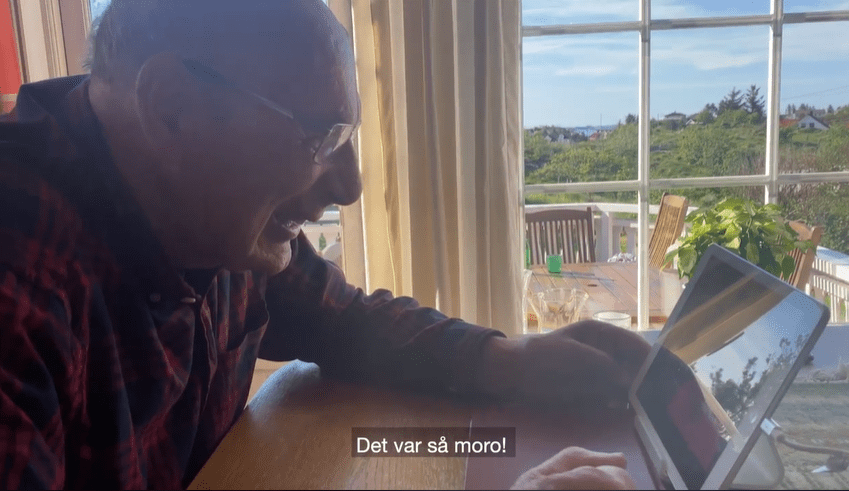 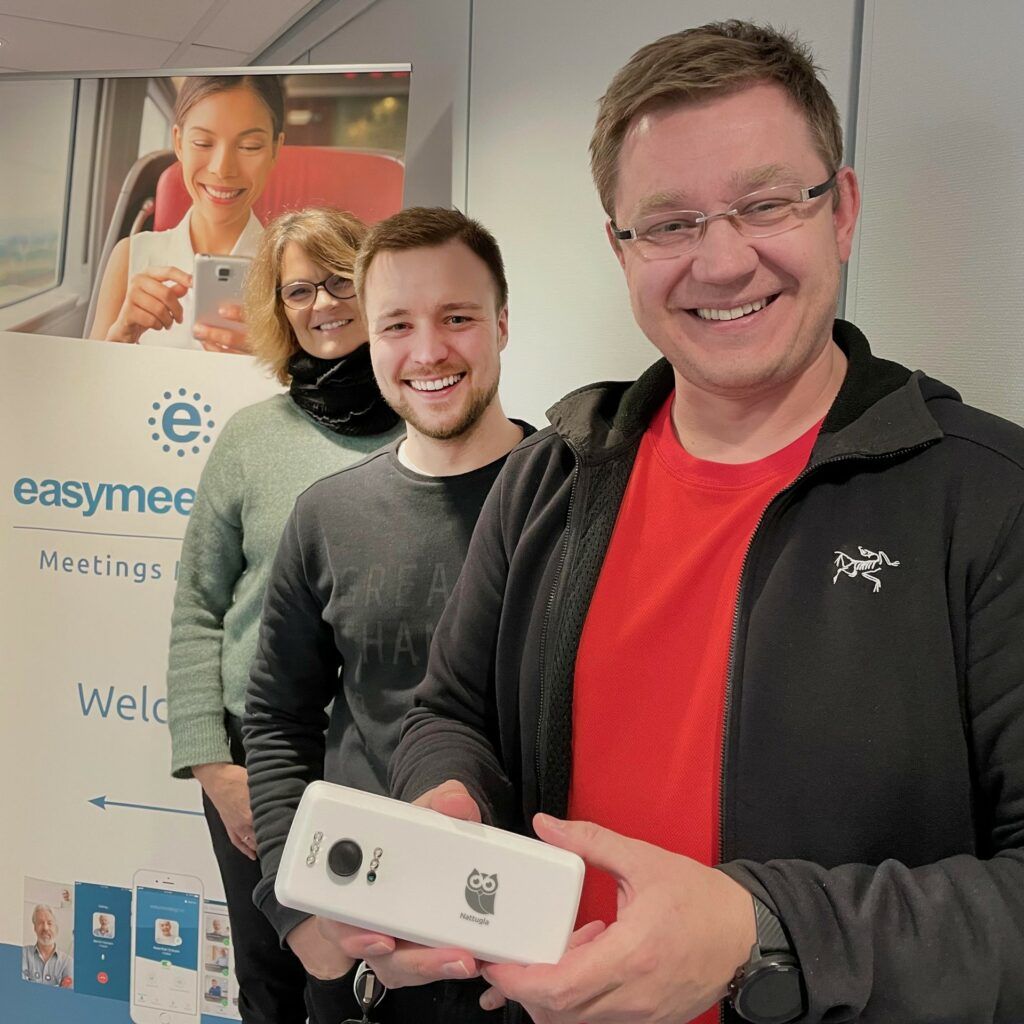 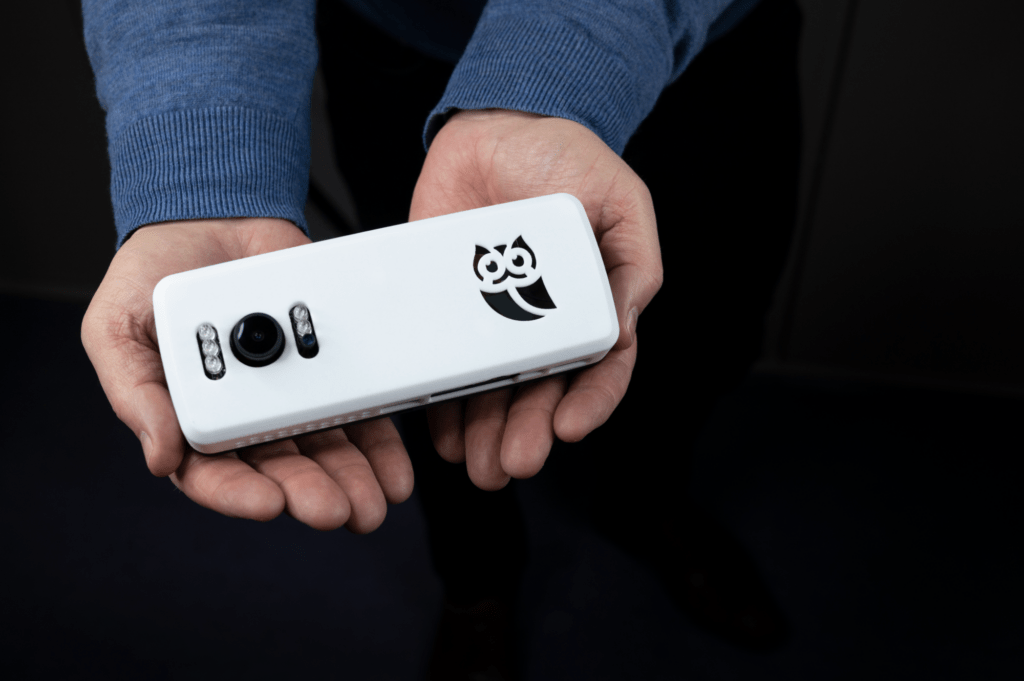 The key players behind the development and launch of «Nattugla», Stian Antonsen from the IT service, Kristoffer Eidissen from the Assistive Technology Service, Berit Ditlefsen, Janne Haugnes and Annett Fløistad from…

We use cookies on our website to give you the most relevant experience by remembering your preferences and repeat visits. By clicking "Accept All", you consent to the use of ALL the cookies. However, you may visit "Cookie Settings" to provide a controlled consent.
Cookie SettingsAccept All
Manage consent

This website uses cookies to improve your experience while navigating through the website. Out of these, the cookies that are categorized as necessary are stored on your browser as they are essential for the working of basic functionalities of the website. We also use third-party cookies that help us analyze and understand how you use this website. These cookies will be stored in your browser only with your consent. You also have the option to opt-out of these cookies. But opting out of some of these cookies may affect your browsing experience.
Necessary Always Enabled
Necessary cookies are absolutely essential for the website to function properly. These cookies ensure basic functionalities and security features of the website, anonymously.
Functional
Functional cookies help to perform certain functionalities like sharing the content of the website on social media platforms, collect feedbacks, and other third-party features.
Performance
Performance cookies are used to understand and analyze the key performance indexes of the website which helps in delivering a better user experience for the visitors.
Analytics
Analytical cookies are used to understand how visitors interact with the website. These cookies help provide information on metrics the number of visitors, bounce rate, traffic source, etc.
Advertisement
Advertisement cookies are used to provide visitors with relevant ads and marketing campaigns. These cookies track visitors across websites and collect information to provide customized ads.
Others
Other uncategorized cookies are those that are being analyzed and have not been classified into a category as yet.
SAVE & ACCEPT